We would like to thank all the practice staff who contributed to the survey, which has helped provide an accurate depiction of life in general practice in 2017. We have explored and collated data on some major motivational factors such as stress levels and key staffing issues.

Looking for Other Roles

This year, 50.2% of respondents had applied, or considered applying for other roles - and of those, 44.6% were looking for roles outside the healthcare sector. The most attractive roles offered a higher salary, a lower workload or less responsibility. The survey suggests a decrease year-on-year in the number of PMs looking to leave general practice.

Last year 57.6% were looking for a new role, while in 2015 61.9% of PMs were looking to leave general practice. This suggests that more and more PMs are choosing to remain within the sector. 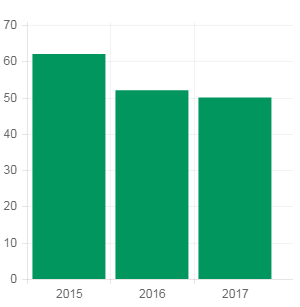 Do you feel motivated in your current role? 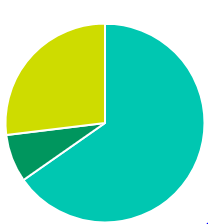 Of those who felt motivated in the role, this was driven largely by:

The survey shows an increase in motivation year-on-year, from 41.7% in 2015 to 48.8% in 2016. PMs highlighted four key issues impacting their motivation levels:

This is consistent with last year’s survey, where you told us that one of the biggest contributors to satisfactions levels was a positive working relationship with partners and peers, while demotivators included high workload and the need to react to changes within the NHS.

along with an increase in difficulties with outside agencies, such as the ongoing issues with Capita

This year, the most frequent staffing issue you had were dealing with were poor performance (mostly around procedural errors), with sickness absence and misconduct (mostly around poor behaviour to either colleagues or patients) coming second and third.

This is a change from last year, when sickness absence was the most common staffing issue PMs were dealing with.

The areas you felt you needed the most support in were keeping up to date with changes, HR knowledge and managing performance. Your specific HR concerns were focussed on legal compliance, performance management and recruitment.

Regarding  non-clinical staff, you felt that three quarters of them were either satisfied or very satisfied with their role. Their main areas of concern/dissatisfaction were identified as patient behaviour, followed by pay and poor behaviour from colleagues.

54.3% of respondents told us they feel stressed in their current role, with the main stressor identified as workload.  This is a decrease of 22% from 2016, where 76.3% of PMs reported that they felt stressed.

The winners of the High Street Vouchers will be contacted shortly! Why not take a look at our 15 Key Quotes From the Management & Motivation Survey to find out more about what fellow MPs had to say on CQC, the Five Year Forward View and more.

Once again, First Practice Management would like to take this opportunity to thank all of those who took the time to contribute to the survey. Let us know your thoughts on the findings in the comments section below.