Report Finds GPs Are Dissatisfied with Representation in LMCs and GPC

Representation has become an increasingly important topic over the last few years with many workforces looking to become more inclusive. A recent independent report by QC Ijeoma Omambala aimed to find out the state of representation within the GPC and LMCs by asking the opinions of over 700 GPs in England.

The report, which was released on 6th May, examines the representation of minorities within the General Practitioners Committee (GPC) and Local Medical Committees (LMCs), but the results were less than satisfactory.

The purpose of the report was to look at representation as a whole across local and national levels, as well as to assess the communication levels between GPs, LMCs, and the GPC. Every GP in the UK was given the opportunity to communicate their thoughts on the state of representation in order to inform the review.

WHAT DID THE REPORT FIND?

The report, which was an independent review commissioned back in 2021, found that while all GPs in England, Wales, and Scotland were satisfied with the support they had received from their LMC, they were dissatisfied with the representation within LMCs and the GPCs alike, also adding that they believed the LMCs were unable to bring about positive change.

The report also found an ongoing issue with communication between BMA ListServers and how communication here can come across as abusive or derogatory. ListServers are a common method of communication between LMCs and GPCs, but it seems that this means of communication has been used wrongly. Many GPs noted that while ListServers should be used to find and view updates, but meaningful updates from the LMC often cannot be found – instead, these can be lost among abusive, unpleasant, and disrespectful language made in comments. The demeaning comments can discourage participation within LMCs, and they can also cause a greater problem – one that contributes to the marginalisation of women, BAME, LGBTQ+, and other minorities.

The derogatory communication wasn’t the only issue the report unearthed. Many respondents of the survey saw a need to address equality and diversity in both national and UK GPCs. Many comments stated that there was “a gender bias towards men” and that while young women were seen to be encouraged, they didn’t get anywhere. However, the LMCs reported that a lack of resources was the biggest hurdle in providing support for those within their community.

Below are the main areas of dissatisfaction among GPs in England, Scotland, and Wales. 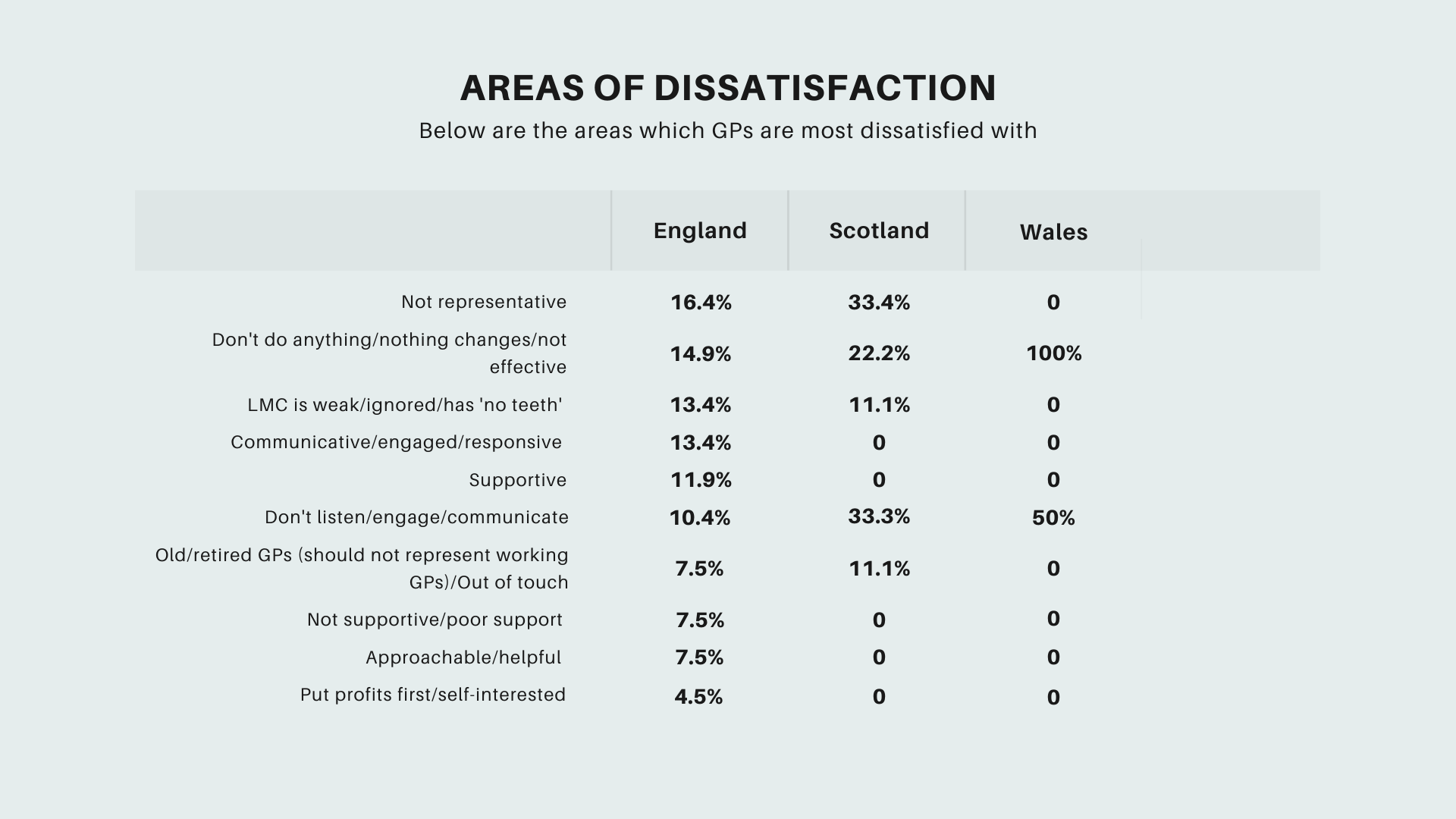 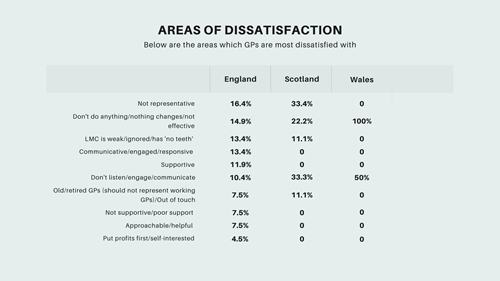 The report set out suggestions, particularly in regard to LMCs, on how they can improve representation. These included:

WHY IS REPRESENTATION IMPORTANT?

Representation and diversity are important in any setting, it allows all backgrounds, beliefs, ethnicities, and perspectives to be accurately represented. Better representation from LMCs and the GPC would only create a positive impact on the GPs they represent, allowing them to feel that their voice is being heard and that they can put trust in the committees which represent them.

A positive and diverse outlook from above creates a ripple effect on those who look to them for advice and guidance, and for GPs, this could only better their work and allow them to create a more representative and diverse way of carrying out their everyday work with patients and the general public.

Salary: From £45k depending on experience