HR case law—Will it impact how you run your GP practice?

Are you up to date?

It isn’t just the government producing new guidance or implementing new laws that can impact how we run our businesses—case law can too. This is where a court interprets laws and clarifies what they mean. The decision of the court becomes law that all businesses must adhere to. Case law helps guide the development of company policies and procedures and can occasionally require some changes and updates to current guidance.

Here’s a run through of some interesting case law from the past couple of years. Have you heard about any of these and do they impact your business?

Is the practice liable if an employee leaks data? 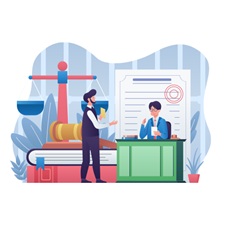 In a landmark case, WM Morrisons v Various Claimants (Supreme Court, 2020), a Morrisons employee leaked data online about 100,000 colleagues working for the supermarket. It was found that Morrisons was not liable, because the employee leaked the data as a personal vendetta arising from a previous disciplinary case.

This case is a reminder that each case will be considered on its own merits, even though a business usually would be found liable for a data breach.

Highly regarded professionals making discriminatory comments, even when not actually at work, can be breaking the law.

In this case, NH v Associazione Avvocatura per i diritti LGBTI – Rete Lenford (ECJ 2020), which made it all the way to the European Court of Justice in 2020, a senior lawyer made homophobic comments on a radio show. Even though he was not currently recruiting, or looking to recruit, he was found to have discriminated as it was thought he would not be likely to recruit homosexual people in the future.

This case should serve as a reminder to ensure that all staff and partners are aware of their duty under the Equality Act 2010, are properly trained, and aware that all comments can have consequences.

Can a discriminatory pay policy (where newer employees receive a lesser pay rise than their more experienced counterparts) ever be fair?

Yes, said the Court of Appeal in Heskett v Secretary of State for Justice (2020). Heskett raised a claim stating that he was being discriminated against due to his age, when the older, more experienced employees who had been in the role for longer received larger pay increases than those newer in the role. The Prison Service held that the reduction in pay rise was due to the government’s funding cuts, and was one way of them being able to continue providing the service. The Court of Appeal held that the pay rise reductions were a proportionate means of achieving a legitimate aim.

This is an important ruling for public service employers that have to make difficult decisions when funding is cut. 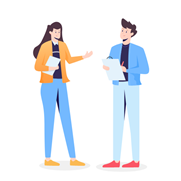 Are workers covered by health and safety rights?

This might seem like an obvious answer, but up until this case, it wasn’t so clear. In R (on the application of the Independent Workers’ Union of GB) v Secretary of State for Work and Pensions and another (High Court, 13 November 2020) the IWUGB union argued that workers were excluded from much of the health and safety law in the UK, which only covered employees.

The High Court ruled that provisions in the Employment Rights Act 1996 should give workers, and not just employees, protection against detriment for taking steps in response to serious and imminent danger. The Court also accepted that workers should also be covered in the UK’s personal protective equipment (PPE) laws.

On the back of this case, and especially in light of the Covid-19 pandemic, businesses should review their documentation and health and safety policies to ensure that workers are afforded protection.

This year saw the start of the Coronavirus rulings, helping employers with their decisions regarding Covid-19 and employees.

But first, one of the biggest cases of the past few years was heard at the Supreme Court, ruling on a very high profile issue:

What is the proper employment status of private hire vehicle drivers? Are they workers or self-employed contractors?

This ruling should serve as a reminder for practices to ensure the employment status of their locum workers, in particular, is accurate. For more information, see our recent article about whether your locum is really self-employed or not.

Is it fair to dismiss an employee who states that it isn’t safe to return to the workplace because they live with vulnerable family members? 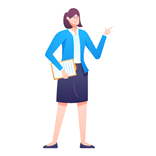 Possibly. In two cases— Rodgers v Leeds Laser Cutting Limited, and Gibson v Lothian Leisure—protection under section 100 of the Employment Rights Act 1996 (ERA) was called into question as both employees were dismissed for refusing to return to the workplace, believing it was not safe to do so. Under the ERA, employees are offered protection when they believe that to continue working will put them in serious and imminent danger.

In the case of Rodgers, the dismissal was found to be fair, but in the case of Gibson, it was not - Rodgers’ employer had put into place all the possible workplace precautions that they reasonably could, but Lothian Leisure had not.

These rulings help to show employers the benefits in really ensuring that they take health and safety seriously and that tribunals will often rule on the side of reasonable employers.

If an employee raises a discrimination claim, do they need to be able to prove it themselves or do employers need to prove that they did not discriminate?

In Efobi v Royal Mail (Supreme Court 2021), Mr. Efobi, who identifies as Black African and Nigerian, raised a claim against Royal Mail for discrimination, harassment, and victimisation after he was rejected for 30 internal job roles.

Although the harassment and victimisation claims were upheld by the court, the Employment Tribunal dismissed the discrimination claim.

This case made it to the Supreme Court, where it was unanimously found that the law hadn’t changed and that claimants did still need to bring evidence of their claims themselves.

This case should provide some relief to employers, that for an employee to claim discrimination, they do indeed require some proof.

Time to be Mindful: How to Manage Your Time and Boost Your Wellbeing Using Mindfulness
12 October 2021