The truth behind 7 common HR myths

There are so many aspects to HR that it’s no wonder confusion and misinformation can start to cloud our understanding of the facts. FPM’s primary care HR specialist Samantha has collected seven of the most common HR myths and laid out the facts behind the misconceptions. 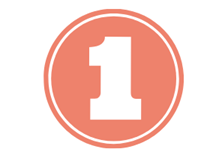 THE FACTS - Employees do not need to tell their employer about a pregnancy until 15 weeks before their due date, which is equivalent to 5 months pregnant. However, employees are not entitled to paid time off for antenatal appointments until they have told their employer they’re pregnant, so they often disclose the information much sooner. During an interview, a candidate does not need to make you aware they are expecting, or trying for a baby, or even whether they have any children. Under the Equality Act 2010, it could be considered discriminatory to ask any questions around pregnancy or children during an interview. Even if the interviewee mentions their family, interviewers shouldn’t probe any further on this topic.

THE MYTH - “The contract isn’t signed, therefore it doesn’t count” 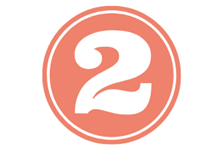 THE FACTS - A contract does not necessarily have to be signed for it to hold up in court - it doesn’t even need to be written down. The validity of a contract that has been agreed verbally or not signed can be more difficult to verify, but it can still be legally binding.

For example, if an employee starts work with you and has seen their contract but hasn’t yet signed and returned it, they could still be held to the document’s terms as working can be seen as equivalent to accepting those terms. 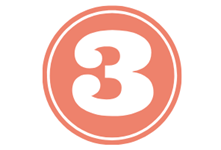 THE MYTH - “Employees are entitled to bank holidays off, or at least be paid more for working them”

THE FACTS - Employees have no right to bank holidays off, or to be paid more for working them. This entirely depends on the contract between the employee and employer. Full-time employees are legally entitled to 5.6 weeks holiday a year and bank holidays can be counted as part of those 5.6 weeks, but they don’t have to be.

THE MYTH - “It’s illegal to give a bad reference” 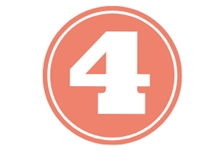 THE FACTS - No, it’s not, so long as the reference is factual. For example, if an employee had a high amount of absence, this can be added to a reference – however, you cannot add opinions. This means you cannot make comments such as you didn’t like this person for any reason, they were short tempered, or they were untrustworthy, as these are likely to be based on what you think and your interpretation of circumstances, rather than hard facts.

In fact, you do not have to supply a reference at all if you don’t want to, unless their contract says you will, or they can prove you’ve agreed to do so. You should be aware that if a former employee believes a reference is unfairly damaging, they might pursue legal action, so you need to ensure you can support all of the statements you make.

THE MYTH - “It’s OK that they haven’t started yet, I don’t want to employ them, so I’ll just tell them the job is no longer available”

THE FACTS - If you have made an offer of employment to somebody, you have formed a contract. An offer of employment should always be conditional based on references, but if you have made an unconditional offer or simply changed your mind about a potential new hire without good reason, it’s not as easy as you might think to break off the process. This could be interpreted as breaking a contract, which could mean they are liable for damages such as loss of earnings if they have put in their notice at their current employment.

Being ill does not necessarily mean that an employee cannot be part of an ongoing sickness or disciplinary case, but you must use your judgement and recognise that each case is unique. Contact should always be handled sensitively, especially where sickness absence is related to mental health issues or work-related stress. 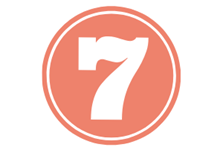 THE FACTS - Employees returning from maternity, if they meet the criteria of having over 26 weeks’ service and haven’t made a Flexible Working request in the past 12 months, have a right to ask for their working pattern to change. They will usually specify the hours/days they would like to work, how it will benefit them and how they think it would work for the business. A practice must consider the request, but they do not have to accept it.

In general, accommodating the request is likely to lead to higher engagement and morale. If you do refuse a request, you need to demonstrate you have grounds for doing so, which must be based on clear business reasons, for example if the work cannot be reorganised among other staff.

Are you dealing with a tricky HR issue? First Practice Management members can contact Samantha for support with for your queries via our email helpline at hrhelp@firstpracticemanagement.co.uk