More than Words : A Practice Manager’s guide to the Verbal Warning

Do you and your practice still give “Verbal Warnings”? Did you know that it is no longer in the ACAS Code of Practice and could be considered “old fashioned”?

For those managers with experience and have been in the profession for a few years, it might feel absolutely normal to follow the process of Verbal, First Written, Final Written Warning and Dismissal.

But how do you record a “Verbal Warning”, because for it to be a formal sanction it must be recorded, but once it is recorded, is it not a First Written Warning?

Furthermore, many managers give “Verbal Warnings” without following a formal disciplinary process as an informal warning. But does this form part of the practice policy and what is the benefit in doing this? 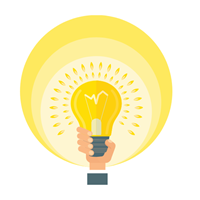 What is Wrong with a Verbal Warning?

Most employee contracts will state that any misconduct will be dealt with following the practice disciplinary policy. This is unlikely to include verbal warnings as well as requiring an Investigation and Disciplinary Hearing before the sanction can be given.

If the Disciplinary Process of an Investigation and a formal hearing is not followed, giving a verbal warning is informal and carries no weight, or is wrongly used as a formal sanction, which risks a potential claim from the employee.

The first time behavior is exhibited that needs attention, the employee should be informed informally to give them the opportunity to change. This is most likely to be in the form of an informal meeting between the manager and employee.  The employee should then be issued with a letter to confirm what was discussed in the meeting.

Should the employee continue with the behavior/action that was identified in the Informal Stage, you can move to the first formal stage. A full investigation should be carried out, a disciplinary meeting scheduled and the employee given notice of the meeting and the right to be accompanied. During the hearing, a First Written Warning may be issued.

Should the employee still not improve their behavior or actions, you can move to the second formal stage. A full investigation should be carried out, the employee should be given notice of the hearing and the right to representation. During the hearing, a Final Written Warning may be issued.

This final formal stage of managing misconduct is where an employee can potentially be dismissed for misconduct. The ACAS Code of Practice should still be followed, including notice of the hearing, the right to representation and the right to appeal the decision.

It is also advisable to have a clause in the disciplinary policy that states that sometimes due to the severity of the misconduct, it might be reasonable to skip a stage, e.g. if the misconduct is more serious, the Informal Stage may be skipped and the manager decide to move straight to the formal process.

It is also fairly commonplace for a Final Written Warning to be issued for behaviour that is only one step away from Summary Dismissal. Introducing such a clause provides the manager with the flexibility to be able to provide the sanction that is most fitting of the misconduct.

But does a Verbal Warning work?

Many managers find being able to give a Verbal warning in the moment to be effective. This can be true and there is certainly a place for a manager to provide verbal feedback in a timely manner. However, it is the language used that can create a problem. If you tell the employee they are receiving a Verbal warning, this sounds like a formal sanction. For an employee to receive a formal sanction, they have a right to receive notice of the meeting where the sanction is given and a right to representation. If you deny these, the employee could potentially resign and claim Constructive Unfair Dismissal.

Therefore, if you find giving timely verbal feedback effective then continue to do so, but think about using the terminology “Verbal Warning” and what this actually means. Do you want to provide informal feedback or are you wanting to issue a formal sanction and what do you need to do differently in both of these scenarios?