We would like to thank all of the practice managers who contributed to the survey - the results will help you gauge a suitable rate of pay for your staff based on the average rates paid by GP practices elsewhere.

This graph allows you to track the changes in hourly wages for clinical staff between our 2017 and 2018 surveys. Notable differences include a rise in Locum GP rates and a decline for Salaried GPs.

One respondent noted: "By industry standards GPs' pay is very low.  I have worked for 40 years in the NHS and it has always been the same". 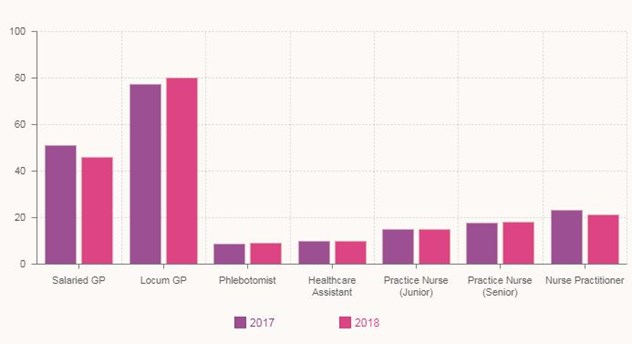 Below we can chart the differences in hourly wages for non-clinical staff between our 2017 and 2018 surveys. The largest increase was for Finance Managers.

For administrative staff, there has been a moderate increase in average salaries, although the increase seems to be far below the cost of living increase - this suggests that in real terms salaries are remaining largely static. 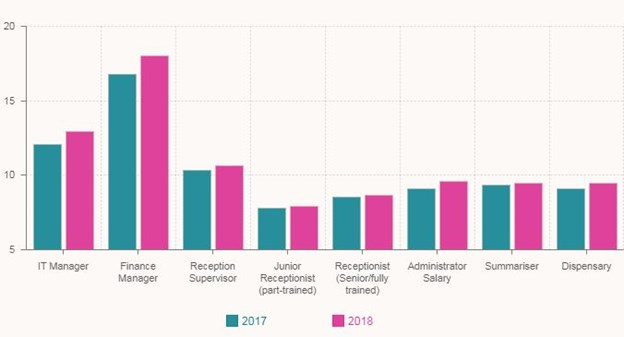 Overall, respondents told us that they feel their staff deserve more and, whilst not able to offer a significant increase, some of you have taken a proactive approach and are planning ahead.

One respondent remarked: “We have been making gradual increases each year towards the 2020 £10ph min wage”.

This year we included two new positions to the survey -
Advanced Nurse Practitioner and Pharmacist. 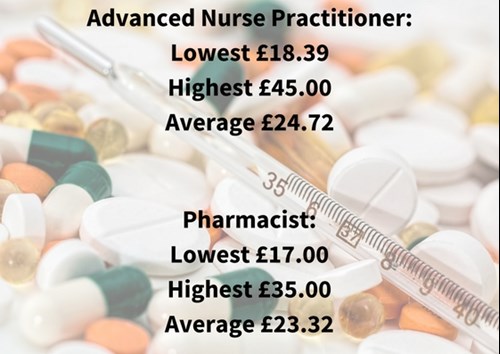 Thanks again to all of the Practice Managers who took part in this year's survey.
You can view the full table of results at the First Practice Management Knowledge Base.

It appears every GP staff aggressively demands pay increase and successfully receives it except NHS contract GPs who receive zero for years. This is not encouraging for any GP practice. The fancy networks created are simply masking some serious issues in the UK health management and industry; burdening practising GPs and deter new doctors from joining it.

No salary entry for Practice Manager!

Salary: From £45k depending on experience